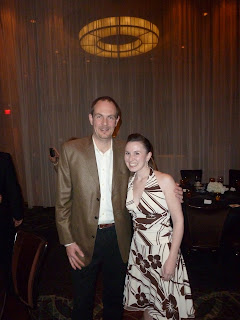 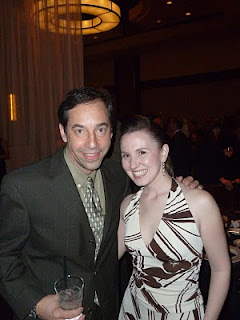 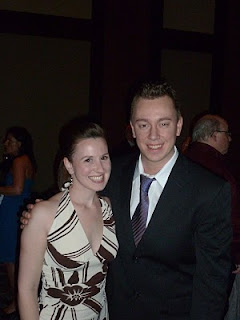 Hello all and Happy New Year!

Last week, I had the pleasure and honor to compete against the toughest field, in the most prestigious tournament that bowling has to offer - The PBA Tournament of Champions, held at Red Rock Lanes in Las Vegas, Nev.

Players who were not currently exempt on the PBA tour and had fewer than 5 National PBA Tour titles (such as myself), were required to bowl in the "Champions field" portion of the event. The "Champions field" had to bowl two 7-game blocks, prior to the start of the actual tournament. After the 14-game total, the top half of the bowlers qualified to compete in the Elite field and bowl in the official tournament, and have a chance at the million dollar prize fund and $250,000 first place prize.

The way my first three game of the tournament went, I thought I was going to have a very short-lived week in Vegas. I shot 168, 186 and 181. Needless to say, my armswing wasn't too loose! I then figured things out and switched to a polished Bank, playing inside and shot 221, 235, 173 and finished with a BIG 258, throwing the front 7 strikes to finish out the block. I ended up +22 for the day, which I was very content with, especially after my horrid start.

After struggling on the fresh and on the high-end of the center, I decided to make some surface adjustments to my equipment, taking off some of the surface I had put on the balls the day before.

I was in the cut going into the last game and the lanes had gotten pretty nasty by then. I managed to stay clean until the 10th frame and knew that I probably needed to strike out to make the cut. With many bowlers around me being really close to the number and close to what I was at, the pressure was definitely on! But that situation is why we all bowl - to make the shots when it matters most.

I went up and threw three perfect shots in the 10th, striking out to make the cut! If I would have just gone 9/X, I would have missed by one pin! It was crazy how close everything got at the end, and as it turned out, three people ended up tying for the final spot and had to bowl in a one game roll-off! Corey Husted ended up claiming that final spot, after throwing the front 7 and shooting 258 in the roll-off.

So, I made it into the Elite field and all of our pins were now dropped and everything started all over again. Later that night, we had to bowl our first of four 5-game blocks. After the twenty game total, the top 53 players advanced to the Cashers Round.

The way the squads ended up, I bowled on the burn shot twice and then bowled on the fresh twice. So prior to the start of my first 5-game block, I again had to make some surface adjustments and put some shine on all of my bowling balls. I started off the night shooting 203 and 232.

Then I hit one of the pairs...Let me explain...The challenging part of the entire week was making the correct decisions and moves when moving from pair to pair because each pair was VERY different from each other; it was as if you changed bowling centers every game when simply moving to the next set of lanes. There were some VERY good pairs and there were some VERY bad pairs. It was pretty easy to shoot 140 or 150 on those bad pairs, but when you hit the good pairs, you'd better take advantage of it and shoot a big game!

So...my third game I hit one of those BAD pairs, shooting 141. I wasn't too disappointed as I knew how easy it was to shoot a bad game. I came back that block shooting 189 and ended the night with a 234, using my Long Shot, to be -1 for the block. So-so for my first block.

The next day, I bowled on the burn again and then bowled on the fresh after they re-oiled the lanes. I bowled REALLY well during my second block on the burn. I figured some things out the night before and decided to throw it hard and play straighter to start my second block. Straighter was definitely greater, as I started out with a bang, shooting 268 my first game. I followed it up with a 193, on one of those "bad" pairs and then shot 231, 205 and 237 to be +133 overall. I was right in the cut after that block and feeling really good!

I again made some surface adjustments to all of my equipment because now I would be on the fresh for 10 games. Thinking I had put enough surface on my bowling balls, which clearly wasn't the case, I struggled finding the pocket and getting the right ball reaction all night. I shot 193, 196, 220, 188 and ended with a destructive 151 game. I was pretty upset after that block, especially after bowling so well in the morning block. So I decided to drill up another Bank Pearl, which Michael Haugen Jr. layed out for me.

I needed a HUGE set to make the cut and I definitely gave it my all the next morning. Using the newly drilled Bank Pearl and playing way off the corner, I shot 258, 223, 218, 192 and 224, putting me at +196. I missed the cut by 60 pins, which was disappointing, but overall I know that I threw the ball well all week, just caught a couple of bad games at inopportune times.

I stayed the rest of the week to attend the formal Tournament of Champions and Hall of Fame dinner. The event was a lot of fun and it was nice to see everyone all dressed up and looking their best, instead of the normal bowling clothes look we are all so used to seeing. Check out the photos above!

I attended the dinner with my father Frank, who was able to be there with me during the entire Tournament of Champions week. That was very special considering my father had open heart surgery in early November of last year, so it was his first trip away from home, since his surgery. We both had a blast! The food was delicious, the company was fun and the speeches...well they were ok too.
Posted by Missy Parkin at 6:19 PM No comments: