Last weekend I competed in the PBA Regional tournament held in Sun City, AZ. The event was awesome with several sponsors hosting booths at the center all weekend, like Verve energy drink http://www.bowlingenergy.com/ and the Pain Center of Arizona along with others. We also had a great fan base watching the tournament all weekend, which added to the atmophere of the event.
The tournament was low scoring. We bowled on the Scorpion pattern and -30 made the first cut. I finished -2 after qualifying, after a 145 first-game start. =(
Then in Sunday's semi-finals, I shot +44 for the 5 games, finishing in 12th place going into matchplay.
In the round of 16, I faced Ron Simonis from Mesa, AZ. In the best 3 out of 5 match, I defeated Simonis 3-0 in the first round.
In the round of 8, I then faced Jason Williams from Seattle, WA. He then proceeded to sweep me, beating me 2-0 in the best 2 out of 3 match.
So overall i finished 8th in the tournament.
Besides the bowling, it was great hanging out with my friends from Arizona all weekend long. The 5-hour drive home seemed to drag on forever, but other than that the weekend was a lot of fun!
Posted by Missy Parkin at 2:59 AM No comments: 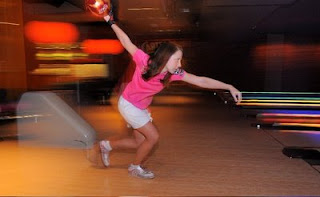 On Saturday, September 13th Missy was featured in the L.A. Daily News and on the front cover of la.com newspaper.

Missy explained proper bowling technique, complete with pictures of Missy modeling tips for the recreational bowler. The article focused on hip bowling centers in the L.A. area but also gave readers the do's and dont's of bowling.

Check out the story:

Posted by Missy Parkin at 11:28 AM No comments: 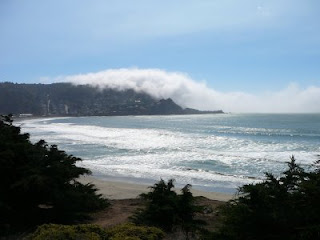 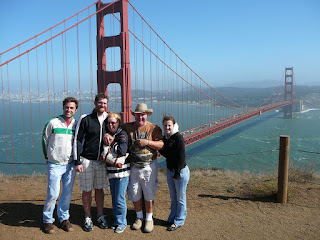 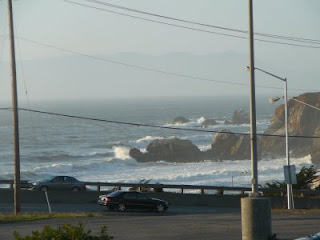 Trying to defend my 2nd PBA Regional title, I bowled well in the tournament, but ended up just cashing, falling short of the cut to the top 16.

Besides the bowling, the weekend was filled with beach-going, sightseeing and hanging out with friends. Check out the pics!
Posted by Missy Parkin at 11:26 PM No comments:

End of Summer Fun and Gearing up for Tour 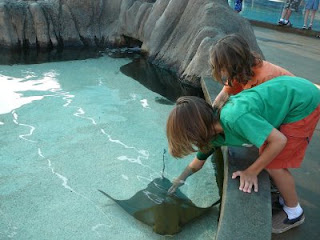 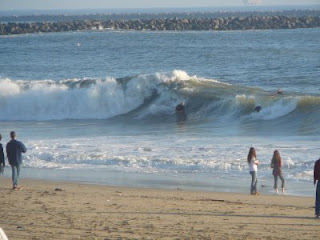 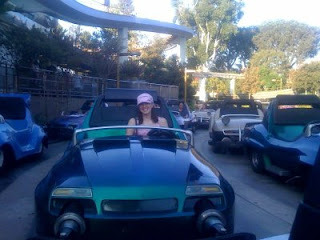 In preparation for the tour, I've been practicing hard everyday and put myself on a strict workout schedule. However these weeks leading up to the tour haven't been all work...there's been some play...Read what I've been up to in my spare time.

I've been trying to really enjoy my time at home and have as much fun as possible before the start of the season. I've been hanging out with my family and going to my favorite places - Disneyland and the beach!

I took my nephews to the Long Beach Aquarium of the Pacific, and we had an awesome time! We spent a good portion of the day in the touch pool area, where we were able to touch small sharks in shark lagoon, along with bat rays, star fish, sea anemones and other sea creatures. We also watched the seal and seal lion show, fed the lorikeet birds and watched an Imax movie.

This past weekend, I didn't have a tournament, so I went to Disneyland, which was awesome because no one was there (with all of the kids back in school). I also was able to watch my nephew's 1st soccer game (they creamed the other team), and we had a BBQ pool party with friends and relatives.

It's sad to think that summer is over, but at least it's still nice and sunny here in Cali! =)
Posted by Missy Parkin at 10:44 PM No comments: 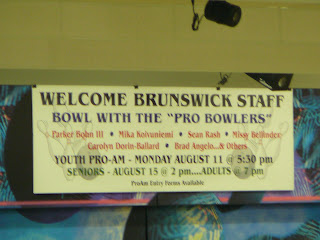 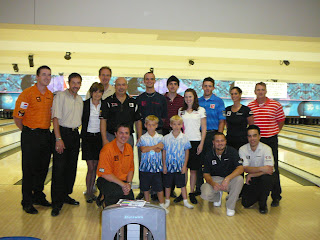 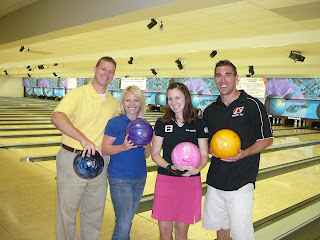 Sorry that I haven't updated my blog in FOREVER! It won't happen again! =)
Well...right after the Women's U.S. Open I traveled to Topeka, Kansas for a Brunswick Training camp. Renowned Brunswick ball rep Rick Benoit hosted the camp on behalf of Brunswick, to get all of the pro staffers ready for the upcoming tour season. It was a great week full of lots of fun!
Not only did we learn a lot, but we were also able to get to know each other better and learn from each other's experiences.
Besides all of the knowledge we learned throughout the week, we also reached out to the community of Topeka and participated in several events. We had a separate junior, senior and adult pro-am. We also bowled team matches against Topeka's best scratch bowlers.
However, one of the best events was the invitational bowling golf tournament. This event helped explain to the public what bowling is really about by using visible and invisible obstacles on each lane. I competed with the sports writers from the Topeka Capital-Journal and a local TV news crew. We had a blast! Check out the photos!
Posted by Missy Parkin at 9:15 PM No comments: